As the global refugee crisis continues, countries in the Levant and Muslim world need to work together with partners in the European Union, said HRH Prince El Hassan bin Talal of Jordan at a Friends of Europe debate in Brussels on 1 June.

The Prince, who chairs the Amman-based WANA Institute think-tank, told an audience of about 200 people that the two sides need to create institutions and processes that place simple human dignity at the forefront.

“The Levant contains 38% of all global refugees, and 80% of refugees in the world are Muslims,” he added. “Yet there are no institutions comparable to the Bretton Woods institutions in the region. How can we discuss the consequences and solutions to the Syria crisis if we in the region are not taking the lead?”

Speaking in ‘Conversation With’ Friends of Europe’s Shada Islam and Giles Merritt, the Prince said that through decades of conflict, the region has yet to develop the intra-independence and mutual respect needed to create regional commons in terms of energy, food and nutrition, security and knowledge-sharing.

“Our region could depend on its own resources if they were made regional commons,” he stressed. “We could make ourselves less lonely by committing ourselves to a shared discourse. Instead, we see ourselves divided again and again.”

As it stands, global responses to the refugee crisis are overwhelmingly concerned with hard security. To find real solutions, human dignity must take centre stage, defying the facile theory that security means weapons alone. Investments from the EU and international community in sustainability and development should be focussed on human capital and dignity.

The Prince added that current programmes aimed at countering violent extremism that have been budgeted by Western and international development agencies such as USAID and the UK’s Department for International Development emphasise hard security to the detriment of many refugees, including the most vulnerable – unaccompanied children.

In Zaatari, Jordan’s largest refugee camp, 80% of the refugees are children, Prince El Hassan said. “These children suffer from post-traumatic stress disorder, stunted growth, malnutrition, and more. We are simply not doing enough to care for them and as time passes, we risk losing an entire generation because we cannot work together.” 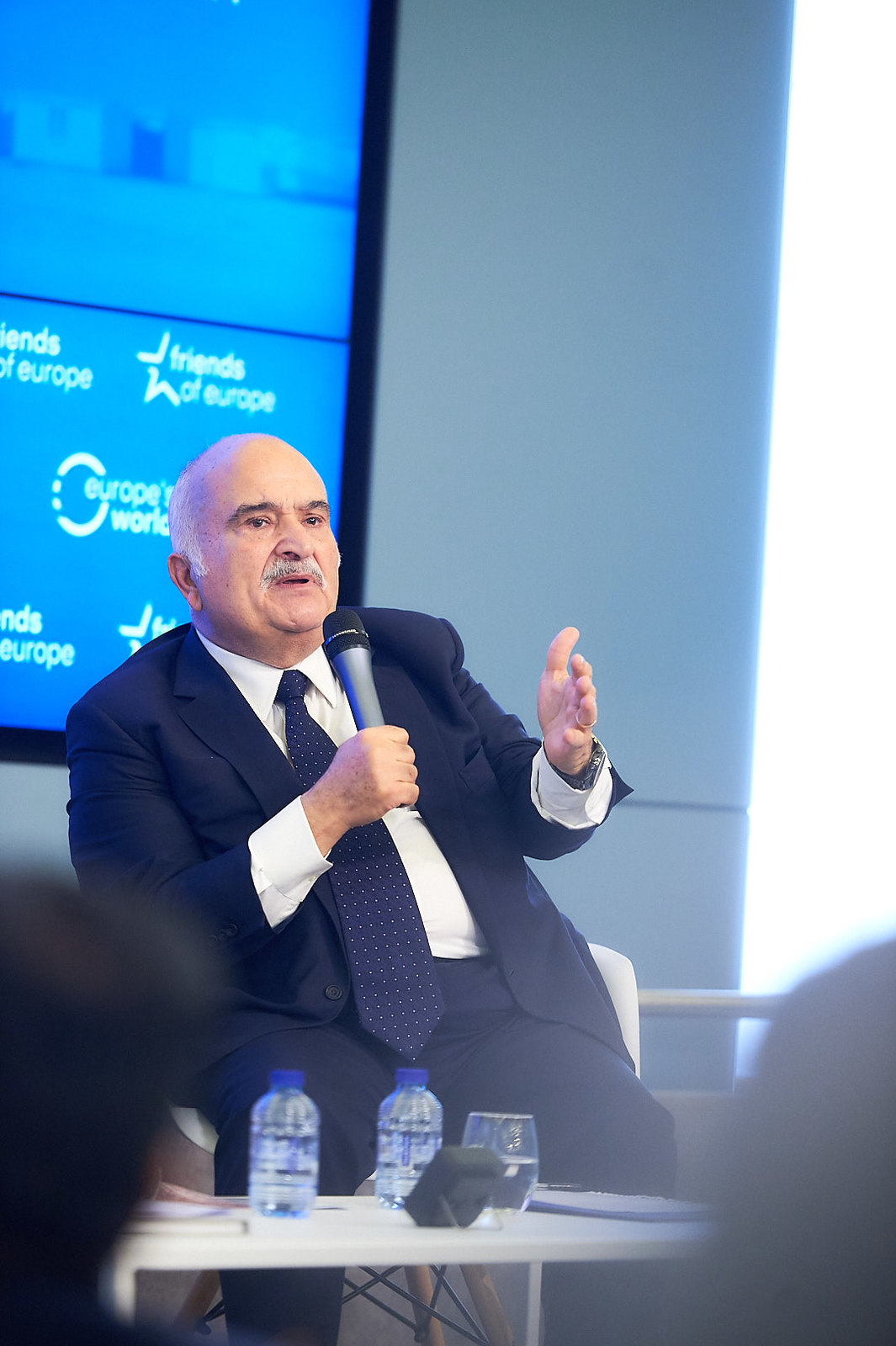 This event is part of the Migration Action programme, through which Friends of Europe examines the imperative of immigration in the context of economic sustainability and demographics, as well as its impact on public services, communities and security. Migration Action aims to bring together actors from a range of groups for comprehensive and balanced discussions, with the aim of developing coherent policy recommendations for national governments, European institutions and international organisations.

For further reading see the latest Europe’s World articles on migration and integration and Friends of Europe’s latest factsheet.

Despite the headlines, refugee flows are not a uniquely European phenomenon. Roughly half of the world’s 24 million refugees and asylum-seekers are in the Middle East and North Africa (MENA), reflecting the dominant pattern of people fleeing war and humanitarian crisis to seek shelter in neighbouring countries. Jordan is currently hosting approximately 2.8 million refugees and asylum-seekers, representing one third of its estimated 9.8 million inhabitants. In response, it has forged an impressive Response Plan 2017-2019 combining refugee and development assistance. Since the start of the Syria crisis, the European Commission has allocated over €657mn in humanitarian, development and macro-financial assistance to refugees and vulnerable communities in Jordan alone. Meanwhile, aid to Syria has risen to 50% of the Commission’s total humanitarian aid budget. With a protracted crisis in the region and migration flows projected to remain high, there is an urgent need for states and institutions to think about long-term solutions and to re-evaluate the connection between humanitarian and development aid.

Chairman of the WANA Institute

His Royal Highness Prince El Hassan bin Talal has dedicated his life to promoting intercultural dialogue and regional cooperation. He has initiated, founded and is actively involved in around 20 prominent Jordanian and international committees and institutes, and served as a member of the Informal Advisory Group to the UN High Commissioner for Refugees (UNHCR). In 1981, HRH proposed the establishment of the New International Humanitarian Order, which led to a request by the Secretary-General to found and co-chair the Independent Commission on International Humanitarian Issues (ICIHI).