Friends of Europe is partnering with the Casimir Pulaski Foundation for their flagship summit, the Warsaw Security Forum, a two-day forum which presents solutions to complex regional security challenges that affect Central and Eastern Europe. The two day forum will consist of numerous plenary and breakout sessions dedicated to emerging and pressing security issues, particularly those related to the future of NATO; the Common Security and Defence Policy, relations with Russia; energy security; and border states of NATO and the European Union.

In the context of this partnership, Friends of Europe participates in the panel session on maritime security, “Modern Navy Capabilities in the Context of Future A2/AD Challenges”.

The panel session on maritime security will address in particular the role of the navy in countering Russia’s capabilities in the Baltic Sea and EU-NATO defence capabilities. Countries around the Baltic Sea face the greatest challenge to their security since the end of the Cold War. From deployment of warships with nuclear-capable cruise missiles, to fielding of Anti Access and Area-Denial air defense systems, Russia is testing the response and resilience of its neighbors. What role should the navies play in countering Russia’s A2/AD capabilities around the Baltic? Which naval systems should be developed by NATO and its allies to ensure credible deterrence and cohesiveness of the alliance?

Director of Naval Systems at the Swedish Defence Materiel Administration

As a researcher from the well-renowned Stockholm International Peace Research Institute, Dr Tytti Erästö has worked on military issues related to disarmament, U.S/NATO-Russia relations and nuclear non-proliferation. She has deep expertise on the US-Russian dispute over missile defense and its implications for regional security.

As the Chairman of the Polish National Defence Commission, Michał​ ​Jach deals with numerous defence-related matters, in particular the activities of the armed forces, the system and the functioning of the territorial defence and civil defence as well as defence industry. A Member of Parliament from 2005-2007 and 2011-2015, Jach has great knowledge of the armed forces, defence industry and defence policy, having had served in military service for 25 years.

Peter Roberts has a great expertise on a range of maritime-related subjects, such as Sea Power, Military doctrine, Maritime Studies, Naval Weapons Systems, ISR, and regularly provides advice for both UK and foreign governments on these topics. Previously, Roberts was a career Warfare Officer in the Royal Navy, serving as both a Commanding Officer, National Military Representative and in a number of roles within the British Armed forces, and intelligence services from a variety of other nations. Roberts also served as chairman for several NATO working groups and 5 Eyes Maritime tactics symposia.

In his current capacity, Rear Admiral Odd Werin works to ensure that the Swedish Armed Forces are provided with material that it requires in a cost-effective and secure manner. Prior to taking up this responsibility, Werin served as Military Representative of Sweden to the Military Committees of EU and NATO, having previously held positions of Director Plans of the Swedish Armed Forces and the Swedish representative to the Military Coordination Committee in NORDEFCO. 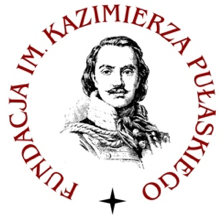