“There is too much ignorance about Islam’s presence in the world, about what Islam is really like,” said Shada Islam, Director of Policy at Friends of Europe. “For many people, Islam is still seen as a monopoly of the Arab world but the reality is more complicated.”

Speakers at the meeting in Brussels gathered to discuss religion and democracy and share a more tempered version of Islam, in contrast with the austere and extremist interpretations of the religion that have captured the public eye in recent years.

The Arab world – the Middle East and North Africa (MENA) – contains only 20% of the world’s 1.6 billion Muslims, compared with 60% in Asia. While a minority of Muslim extremists capture headlines with terrorist attacks and draconian societies, a large proportion of Asian Muslims in Indonesia and Malaysia, remain peaceful and maintain functioning, if flawed, democracies.

“Salafi Islam – as practiced by Islamic State (IS) – is a limiting brand that does not respect diversity,” stressed Rahimah Abdulrahim, Executive Director of the Habibie Centre, Indonesia. “The Islam we are trying to put forward counters this narrative, promotes human rights and equality, and is something that people are embracing.”

A common platform to promote a peaceful and democratic narrative for Islam, the World Forum for Muslim Democrats has established a network of leaders, intellectuals, and professionals of Islamic faith to articulate progressive views on democracy, freedom, justice, and development, noted Mari Kogiso, Director of the International Project Planning and Development Department of the Sasakawa Peace Foundation.

“This movement defines Muslim democrats as Muslims who value peace, freedom, dignity, and inclusiveness, regardless of political, national, social, and cultural differences,” she said. “Can Islamic principles accommodate liberal democratic principles? Not all Muslims could give a unified answer to this question, but countries such as Indonesia, Tunisia, and Turkey have shown that it is indeed possible.” 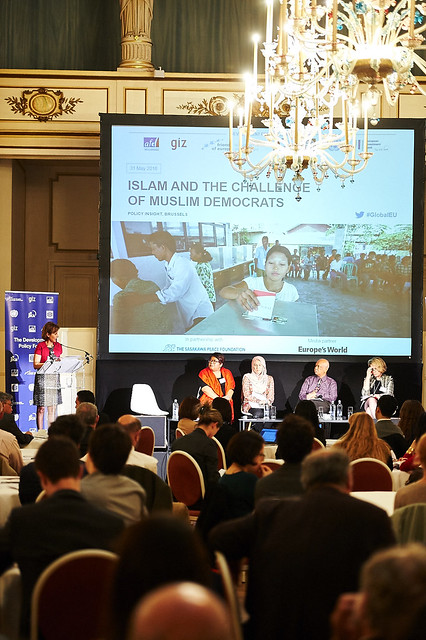 Join leading Malaysian politician Nurul Izzah Anwar and other key Muslim Democrats to discuss Islam and democracy. With militant Islam in the headlines, the impressive struggle being undertaken by Muslim Democrats is often forgotten or ignored. Also unnoticed are their efforts to craft a fresh narrative of Islam to replace the austere and extremist interpretations spreading across the Muslim world and into Europe.

The Habibie Center is committed to promoting the modernisation and democratisation of Indonesian society based on the morality and integrity of sound cultural and religious values. As Executive Director, Abdulrahim is in charge of the day-to-day running of this leading Indonesian think tank, and also manages the ASEAN Studies Programme.

Director of the Graduate School at the State Islamic University of Jakarta, Azra, who holds a PhD at the Columbia University, is one of the most prominent Indonesian intellectuals with a large list of publications, particularly on contemporary Southeast Asian Islam. Azyumardi is as well the founder and editor-in-chief of Studia Islamik, an Indonesia Journal for Islamic Studies.