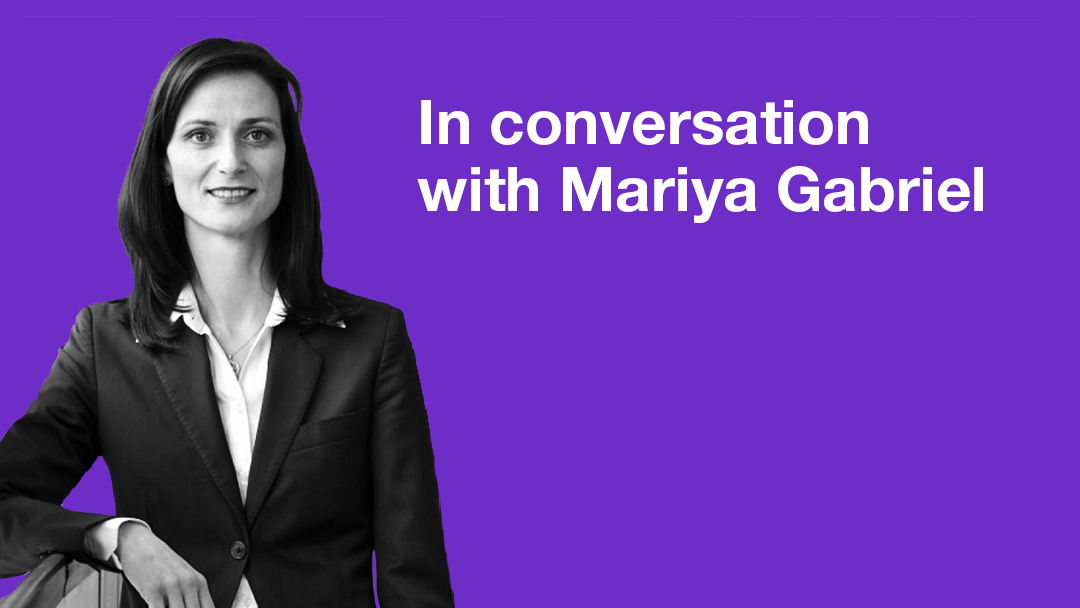 In conversation with Mariya Gabriel

As EU Commissioner for Innovation, Research, Culture, Education and Youth, Mariya Gabriel’s plate is currently full to the brim with initiatives aimed at boosting Research and Innovation (R&I) in Europe and beyond to tackle the spread of COVID-19. From the organisation of a European-wide Hackathon in April to the launching of a European Data platform, the Commissioner underlined that there “cannot be a trade-off between research and innovation and the recovery – R&I is an essential key to recovery”. These platforms are fundamental to scale-up and speed-up solutions and benefit SMEs, the most affected by the crisis.

Equally, investments in the fields of education and culture are important investments for the future of Europe. Gabriel, therefore, stressed the importance of the Digital Education Action plan scheduled for later this year. Best practices on digital education and culture can now also be shared through European-wide platforms. Great ideas alone will, however, not be sufficient if they are not harvested and cultivated by all the ecosystem’s stakeholders.

Commissioner Gabriel highlighted that what is needed is a strong budget in form of the reshuffled MFF that takes research, innovation, education and culture as serious priorities on the road to recovery and towards reaching the goals of the Green Deal and the Digitalisation of Europe.

In conversation with Mariya Gabriel

With the EU mandate in place, the ‘In Conversation With’ series provides an opportunity to engage with the new college of commissioners. It will feature interactive interview style discussions with our multi-stakeholder audience and our ecosystem of diverse members from the private, public and civil society sectors and also engage with Ursula von der Leyen’s priority to be closer to citizens. We will also harvest questions, concerns and ideas from citizens across Europe from our 5 million user, online platform – Debating Europe, and put these to the commissioners. We will conduct video interviews to be shared on Debating Europe as part of a follow up debate, allowing citizens to react.

EU research infrastructures have been key in the EU’s response to the virus crisis. What we know is that even in non-crisis times, R&D is the motor for developing and accelerating sustainable economic growth and wider well-being of society. How this capacity cedes and grows innovation can be the defining point of a successful economy, and even more critical in recovering from one the biggest shocks to societal systems. With around 20% of European population under the age of 29, being able to support young people to ‘bounce’ back from the shock they are experiencing is going to be vital as they are a key facet for future growth of Europe’s economy.

Having previously served as the commissioner for digital economy and society, Mariya currently serves as the European Commissioner for Innovation, Research, Culture, Education and Youth Digital Economy and Society. Mariya is a former member of the European Parliament, in which role she was active as both the head of the Bulgarian European People’s Party (EPP) delegation and vice-president of the EPP party. She was also involved in a wide range of parliamentary committees, having served as the EPP Group coordinator for the Committee on Women’s Rights and Gender Equality (FEMM), and as a member of the committees on agriculture and rural development (AGRI); civil liberties, justice and home affairs (LIBE); petitions (PETI); and the special committee on organised crime, corruption and money laundering (CRIM). The recipient of several international awards, she is passionate about initiatives related to young people and has established six European information centres in Bulgaria.