With populism and nationalism on the rise – and following Brexit and the election of Donald Trump as President of the United States (US) – the EU and its international partners may need to rethink collective security and global trade structures, noted Giles Merritt, Secretary General of Friends of Europe.

Friends of Europe’s meeting, “Europe, China, and Africa: New thinking for a secure century,” brought together policymakers and experts to discuss the way forward for China-EU cooperation on the African continent.

“If we consider Africa’s vast development needs, it is clear that international collaboration is essential and compelling,” said moderator Shada Islam, Director of Europe & Geopolitics at Friends of Europe. “We need to work together to bring peace and security to the continent.”

Africa’s population of over 1.2 billion is projected to double by 2050. This growth suggests increasing security problems on the continent. “The immediate effect of a Trump presidency is that the EU and China will have to take greater responsibility for international peace,” Merritt said, “and security and stability in Africa is high on the agenda. Moving forward, we must have a more responsible China and a more proactive EU acting together in Africa.”

“In the current globalised world, the EU is an actor that cannot act in isolation,” stressed José Fernando Costa Pereira, Policy Adviser, European External Action Service (EEAS), Directorate for Africa. “We have an interest in working with China on the objectives and targets that we have in common.” 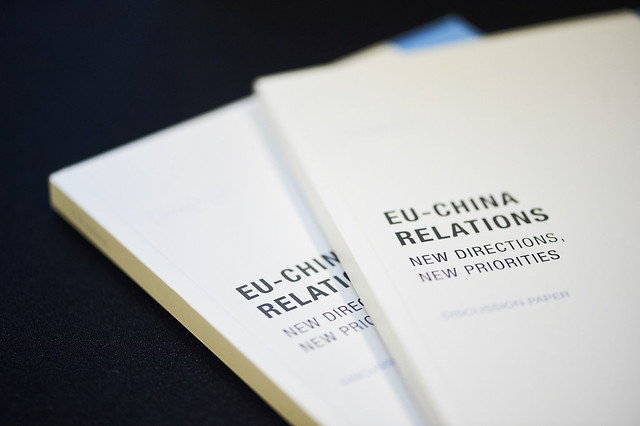 This debate will serve to launch Friends of Europe’s latest discussion paper on EU-China security cooperation in Africa. After establishing successful economic ties with Africa, China is now aiming to take an active part in the security of the continent, as demonstrated by its growing involvement in UN peacekeeping and anti-piracy operations. The EU has welcomed China’s renewed interest in Africa, and the paper will examine questions such as:

To launch Friends of Europe’s latest discussion paper on EU-China security cooperation in Africa, this debate will focus on the concrete and innovative recommendations for future cooperation features in the contributions provided by EU, NATO, civil society and academic experts.

After establishing successful economic ties with Africa, China is now aiming to take an active part in the security of the continent, as demonstrated by its growing involvement in UN peacekeeping and anti-piracy operations. The EU has welcomed China’s renewed interest in Africa, and the paper has examined questions such as:

In his current capacity, Vervaeke is responsible the EU foreign affairs as well as the programming of the EU financial cooperation in the region. He has also been appointed Senior EU Coordinator for the Great Lakes region, working closely with the EU Delegations, the European Commission and EU Member States to advance European objectives of peace and prosperity in the region. Before taking up this post, Vervaeke was the EU Special Representative to the African Union and the Head of Delegation of the European Commission Delegation to the AU in Addis Ababa, Ethiopia.