India and the EU look like they’re made for each other. Big, diverse democracies where the rule of law is respected, they also have complementary economic profiles because of their contrasting levels of growth and development. A free trade and investment agreement (FTA) has been under negotiation since 2007 as a way to make the most of the partnership. However, this has stalled, creating a de facto impasse in the broader relationship.

The two sides hope to get ties back on track when Indian Prime Minister Narendra Modi visits Brussels at the end of March for the first EU-India bilateral summit in four years. In meetings with EU leaders, he is expected to look for new ways to tap the potential of the relationship beyond trade. In particular, India and the EU could work together more in areas such as international security and climate change. Modi’s domestic modernisation drive could also yield new avenues for cooperation.

“These are times which require countries, regions and especially large global players to come together,” Manjeev Singh Puri, Indian Ambassador to the European Union, told a Friends of Europe Policymakers’ lunch. “In the course of this summit we hope to crystallise several areas of strong cooperation.”

European business would benefit from greater exports to India, whose 7.5% expansion last year made it the world’s fastest-growing large economy. India could use European technology and investment to boost skills and manufacturing and to provide the country’s rural communities with digital connections and bank accounts.

But bilateral trade is far smaller than would be expected from two such large economies. While the EU is India’s largest trading partner, India represents just 2.1% of the EU’s total trade. South Korea, whose economy is two-thirds the size of India’s, has more trade with the EU. “There is vastly underdeveloped potential in our relationship,” said another participant at the lunch, where most of the participants were speaking off the record. “We don’t have a track record on implementation. Implementation is the key for a new beginning – for a vastly invigorated partnership.”

With the long-delayed EU-India summit now finally expected to be held in late March,
Friends of Europe is holding a ‘Policymakers’ lunch’ that will bring together a select group of 30 senior policymakers and experts to discuss the future of EU-India relations and how to inject new momentum into the relationship. 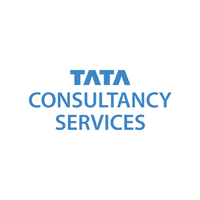