China and the European Union must build on the growth of their relationship over the past decade by promoting greater two-way investment as well as cooperation in areas such as finance, technology and urbanisation, Chinese Premier Li Keqiang said in a special message sent to the third Europe-China Forum.

“Since its establishment 10 years ago, the China-EU Comprehensive Strategic Partnership has made great strides and cooperation in various fields and has yielded fruitful results,” Li said.

China’s recent decision to deepen reform would lead the country to open up further, and that trade facilitation – in particular for high-tech products – would contribute to the relationship, he underlined. “In the coming decade, China and the EU will strengthen strategic mutual trust and embrace another decade of even more impressive growth,” the Chinese leader added.

The Forum was hosted by Friends of Europe – in cooperation with the Chinese Mission to the EU – on 26 November, shortly after a summit in Beijing between Li and EU leaders, where they adopted a 2020 Strategic Agenda calling for greater cooperation. The EU and China are scheduled to start negotiations on an investment agreement, which forum participants said could help deepen a relationship that is currently heavily focussed on trade.

In his keynote address to the Forum, Herman Van Rompuy, President of the European Council, called for more joint work in international security. “Our cooperation in this field has undoubtedly made progress in the last years,” he told the forum, mentioning the recent Iran nuclear negotiations, where China’s support contributed to an interim agreement, as well as Chinese Navy cooperation in the fight against piracy off the coast of Somalia.

However, he said progress should be made in other areas. “More dialogue is necessary to continue communicating EU positions on Syria, on the Arab Spring process or even on actions in the Sahel,” he said. “Joint cooperation in addressing African crises, in partnership with the AU and the UN, is undoubtedly an area where I hope we will be able to advance.”

Booming trade contrasts with meagre investment between the EU and China. From just EUR 125 billion in 2002, EU-China trade reached EUR 434 billion in 2012. “On the contrary our investment relations are poor,” said João Aguiar Machado, Deputy Director General at the European Commission Directorate General for Trade. “EU investment in China represents 2% of EU investment in world. Chinese investment in the EU is 2 or 2.5% of the total investment the EU receives.”

Greater investment would actually further boost trade, said Vital Moreira, Chair of the European Parliament’s Committee on International Trade. “Most of trade is in companies, so modern trade should be based on investment,” he said.

The EU-China relationship is evolving amid huge changes in China, which will also impact its external relations.

Wang Xiaochu, Vice Chairman of the Foreign Affairs Committee of the National People’s Congress of China, said that the “Chinese Dream” is an ongoing historical process, whose current focus is on prosperity and happiness. “China has set two goals,” he said: to double its GDP and per capital income between 2010 and 2020; and “to build China into a modernized socialist country which is prosperous, strong, democratic and harmonious.”

Achieving these goals requires some careful rebalancing, said Van Rompuy – between consumption and investment; internal and external demand; the ecology and the economy. “The present model is not environmentally sustainable,” he said. “If left unchecked, it may endanger the quality of life and even the health of the Chinese population.”

Concrete activities – where Europe and China might be able to contribute to each other’s well-being – were seen as crucial by forum participants. Europe’s experience of urbanisation could be useful for China, where hundreds of millions of people will likely move from to cities in coming years, raising challenges in transport, sanitation and water supply.

“Europe is seen as a good example – three-quarters of the population live in cities and there is harmony,” said Paula Abreu-Marques Head of Unit Responsible for EU-China Cooperation in the European Commission Directorate General for Energy.

At the same time, China presents new opportunities for Europe. “China needs to create new jobs, so we need European small- and medium-sized enterprises (SMEs) to contribute,” said Li Tie , Director General of the China Centre for Urban Development of the National Development and Reform Commission.  “A lot of European SMEs would like to invest in China but do not understand Chinese policies. So we should create some demonstration sites to show SMEs how to do this.”

Though trade friction will inevitably crop up from time to time, participants said, this is the result of a strong trading relationship. “We do not see eye to eye on all issues, but we can manage these,” said David O’Sullivan, Chief Operating Officer of the European External Action Service. “Agenda 2020 was not easy to negotiate, but it’s a good basis for future cooperation.”

In conclusion, China and Europe could be moving away from a “them-and-us” relationship towards something much more useful, said forum co-moderator Giles Merritt, Secretary General of Friends of Europe. “There is hope for a range of smaller initiatives with Chinese partners that will work in a truly open, practical way,” he said. 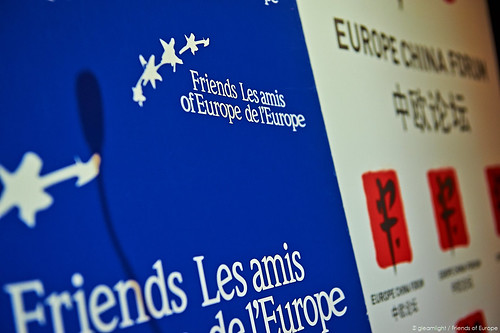 President Xi Jinping’s talk of the “Chinese dream” has galvanised the Chinese public, encouraging people across the country to think bigger and better. The catchy – and deliberately vague – slogan has also prompted worldwide curiosity. As China and the EU mark ten years of their strategic partnership and reflect on the next decade, how should Europe interpret the Chinese dream? Can Europe help China’s leaders turn their ambitions of domestic growth and development into reality? How will President Xi’s vision of peace, happiness and prosperity impact on China’s domestic economic environment, trade and business relations and global engagement? Is the Chinese dream exclusively about domestic growth and development or a more inclusive concept with implications for Europe and European business? Given its experience and know-how, can Europe help China tackle the public’s key “quality of life” aspirations (and dreams) in areas such as sustainable urbanisation, air pollution, food safety and environmental preservation? Can European exporters and investors hope to operate in a more open business environment? Do the new leaders plan to speed up economic reforms, boost domestic demand and revamp the unsustainable domestic investment-driven export model? Will the Chinese dream enhance China’s “soft power” on the global stage?

Member of the European Parliament, Chair of the Committee on International Trade

EU-China relations have waxed and waned since they sealed an ambitious “strategic partnership” in 2003. Relations were upbeat last year as EU and Chinese leaders launched an urbanization partnership, established people-to-people ties and agreed to negotiate a bilateral investment treaty. As EU and China mark ten years of their strategic partnership, what can be done to put EU-China relations on a stronger footing? Can China and the EU ensure that their trade disputes do not poison overall relations? Is China right to be concerned about the Transatlantic Trade and investment Partnership? How does China’s pursuit of stronger relations with Germany and some other EU member states impact on EU-China ties? Can the EU and China meet the challenge of forging a new, 21st Century political and economic relationship based on mutual trust and respect? Are Brussels and Beijing investing enough time and energy into their “strategic” relationship? Can more be done to boost practical cooperation in areas such as development policy, global governance, cyber security and climate change? Can the EU support a stronger role for China in global agenda-setting and is China ready to take on more global responsibilities? What can be done to further boost EU-China people-to-people contacts?

Senior Research Associate at the Netherlands Institute of International Relations

Analyst at the International Economic Relations and global Issues Programme of the Polish Institute of International Affairs, Poland

Former Ambassador of China to Belgium

With the support of 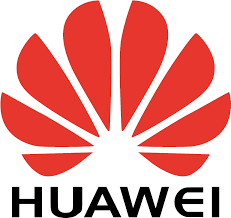