China’s new five-year national socio-economic blueprint to be released in March this year will set the world’s second largest economy on a new development course for 2016-2020. The first such roadmap to be adopted under the leadership of President Xi Jinping, the 13th Five-Year Plan is expected to put innovation at the centre of China’s future development. Among other key priorities, the Plan will aim to “green” the Chinese economy, help the shift from manufacturing to the service sector, cultivate strategic industries and modernise agriculture.

Cai Fang is Vice-President of the Chinese Academy of Social Sciences (CASS) and a member of the advisory board of the 13th Five-Year Plan on National Economic and Social Development of China. In addition to his current position, Professor Cai is also a member of the Standing Committee and the Rural Affairs Committee of the 12th National People’s Congress of China. He has published extensively on the Chinese economy, ranging from China’s economic reform to employment, population migration and income distribution.

Professor Yao’s research fields are macroeconomics and international economics. He has published numerous papers and books on the Chinese and world economy, including Income and Price Elasticity of China’s Export, China’s Outward Foreign Direct Investment, and Economy in the Euro Area: Regaining Growth Momentum despite Difficulties. 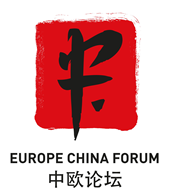