Facing major challenges across the Mediterranean, NATO and the EU must step up their cooperation to ensure the region’s security, stability and prosperity – backed by the alliance’s maritime forces. This conclusion emerged from the debate at a Friends of Europe policymakers’ dinner in Brussels on 24 September 2019. Over 25 peace and security experts, among them NATO and EU officials responsible for safeguarding the region, explored sea power’s role in everything from Great Power competition to curbing illegal migration.

Home to 20% of global shipping trade, the Mediterranean is a highly strategic body of water linking three continents. Regional and external actors have long competed for influence across the wider region, as was underlined in the debate introduction on ‘battles of the Atlantic’ since the First World War. Each battle led to devastating disruption of global security and trade, hence NATO’s determination to keep the seas free for all the world’s vessels.

Navies arguably do this job better than air or land forces, acting as an extended arm of diplomacy to deter and avoid war. Moreover, they provide effective surge capacity for crisis management, as in Libya in 2011 when NATO sea power played a significant role in stopping the human rights abuses of the Gaddafi regime against its own population. One speaker remarked that Libya was a turning point for Mediterranean security, fostering new and stronger cooperation between NATO and the European Union. Others agreed that EU nations – 22 of which are NATO members – must boost their sea power and interoperability. Just as they did in Operation Sophia, a mission to fight human trafficking in the Mediterranean.

With 150 ships, the EU does not lack capacity. However, its members must better coordinate missions regionally, not waste resources, and be more autonomous. They also need to speak with one voice, especially in Libya, where several EU countries back opposing factions in the current conflict.

Broader issues of sea power also came under the spotlight. These included the alliance’s avowed intent to pursue dialogue with Russia, notwithstanding the tensions sparked by the Russian annexation of Crimea. Debate participants concurred that Europe and Russia still need one another, but must now build on former successes in military and civilian cooperation, notably maritime search and rescue. Together they must address pressing security problems in the Mediterranean such as piracy, violent extremism and people smuggling. Yet such cooperation will prove difficult in the current environment of mistrust between NATO and Russia, especially given Russia’s continued interference in Ukraine and the wider region.

In the end, all the region’s troubles come from the land, move to the sea and end up back on land – noted one speaker. This highlights the value of the new NATO Hub for the South, which pools alliance assets to tackle everything from destabilisation to migration and environmental issues in the Middle East, North Africa and Sub-Saharan Africa. The Hub aims to help Africans tackle the root causes of these problems, such as a lack of governance and rule of law, and to foster the continent’s security and development.

Looking to the region’s future, debate participants acknowledged the immediate threats and long-term challenges of emerging technologies for maritime forces – chiefly artificial intelligence, cyber and space. NATO is the world’s most successful military alliance, for 70 years and counting, but it must keep pace with all these developments in order to remain an agile and lethal force. 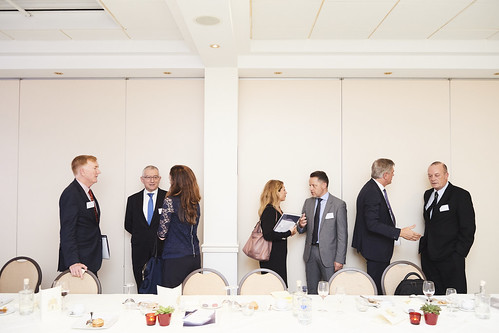 Following the publication of our report ‘Molto Agitato – Italy and Mediterranean Security’, this dinner debate with Admiral Foggo will examine sea power rivalry in the contested Mediterranean Sea and beyond.

Since the end of the Cold War, the Mediterranean basin has been in a state of permanent agitation. Serving as both a hub and a barrier between three continents, the Mediterranean is responsible for 20% of the world’s shipping trade despite covering less than 1% of the planet’s surface area. Over time, it has emerged as a strategic body of water where regional and external actors compete for influence.

From the Russian submarines and surface ships that populate the eastern Mediterranean to China’s purchasing of several Mediterranean ports as part of its Belt and Road Initiative, contesting powers seek to make their presence known. Add to this the disputed natural resources along with the thousands of deaths at sea due to uncontrolled migration and it becomes clear that the European Union needs to adopt a more coherent and united approach.

The event is by invitation-only.

Admiral James Foggo is commander of US Naval Forces Europe – Naval Forces Africa (NAVEUR-NAVAF), and the Allied Joint Force Command Naples since 2017. Foggo graduated from the US Naval Academy and has enjoyed a decorated career in the US Navy serving as Director of the US Navy Staff Division Chief, Joint Staff (J5) for Western Europe and the Balkans; Special Assistant in the Office of the Under Secretary of Defense for Acquisition and Technology; NATO Commander in Joint Task Force Unified Protector (Libya); Commander of the US 6th Fleet, Naval Striking and Support Forces NATO; Deputy Commander of US Naval Forces Europe and Africa; and Joint Force Maritime Component Commander Europe.