Africa and Europe must forge a new partnership of equals which gives priority to investing in Africa’s young people, according to a High-Level Group of personalities established by Friends of Europe in partnership with the Mo Ibrahim Foundation and the ONE Campaign. The group of about 20 senior personalities, set up in 2018, gathered for the first time in Brussels on 10 October, hosted by the European Commission.

Africa’s youth population may double to 830 million by 2050, bringing unemployment and migration challenges, but this ‘youth bulge’ could also benefit both continents provided Africa and Europe step up their cooperation and start implementing youth-focused projects.

Young people make up 60% of Africa’s jobless, hence the urgency of creating quality jobs – up to 18 million annually – by supporting the continent’s entrepreneurs, industry and agriculture, and tackling trade barriers that lock African firms out of EU markets. More education and skills training are also crucial for African youth.

Better jobs and enhanced status for African women in particular will flow from their empowerment, boosted by the digital revolution and e-commerce, where women are thriving. However, to limit Africa’s demographic explosion and to give young women greater life opportunities, it is time to address taboo subjects like family planning and child marriage.

“Europe and Africa need a new partnership, steered and shaped by independent thinkers, because helping Africa is a task for all – not just ministers and international cooperation,” said a participant. Several members of the EU-Africa high level group called for Africa to be seen as Europe’s equal and said the EU should share with Africa more of its know-how and skills. This will help the continent build its own common market, support SMEs, and improve public and private governance. The ONE Campaign, added: “What the EU has done, Africa can do too – but we need big ideas to achieve that.”

Unregulated mass migration to Europe by Africans is a political and logistical headache for some European countries. Yet participants remarked how young African migrants are a positive opportunity for Europe, where they boost its economy and compensate for an ageing population. They also highlighted that if the economy of Africa can be transformed, its migrants will return.

The EU envisages a new ‘Africa – Europe Alliance for Sustainable Investment and Jobs’ and has earmarked €500mn of new investment for Africa by 2027. More investment could be leveraged by working closely with China and supporting ‘star player clubs’ formed of fast-growing African countries. There was agreement that investment is better than aid, but Africa still needs guaranteed funds to “de-risk investments and some  game changers including  low interest rates”. 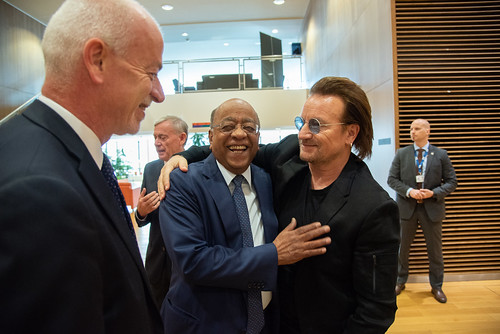 Europe and Africa are engaged in a much-needed attempt to reset relations. A decade after the launch of the Joint Africa-EU Strategy, the partnership clearly needs to adapt to new global, regional and national realities. The success of the endeavor will depend not only on interaction between African and European governments but also on the engagement and contribution of independent, high-level African and European personalities with a joint commitment to improving Africa-Europe relations. Given the current global landscape and new realities in Africa and Europe, the time is right to step up interaction and cooperation at all levels. This can only be achieved through multi-stakeholder dialogue and engagement.

Following an exploratory meeting held in November 2017 in Brussels and an exchange with 5 European Commissioners and the President of the European Parliament, Friends of Europe and the Mo Ibrahim Foundation have decided to create a high-level group of personalities to give new impetus to EU-Africa relations.  Drawing upon each other’s expertise and longstanding networks of high-level stakeholders from both continents, we have assembled an independent and balanced group of respectable top-level leaders, to informally exchange views in order to accompany and advise on the deepening partnership process.

The high-level group of personalities from Africa and Europe will work together to identify the priorities and next steps that both continents must take to enhance the strategic approach needed in core policy areas including trade, entrepreneurship, jobs, migration flows, digital development, energy, security, climate change, etc. Members of the group will bring their in-depth and pragmatic expertise and knowledge, to help identify both quick wins and long-term progress for the prosperity and well-being of our citizens.

The group of personalities will meet twice a year on an ad-hoc basis with African and European leaders who are designing the future relationship, alternating between a meeting on the African continent, in the margins of the Mo Ibrahim governance weekend in April, and one meeting in Brussels taking place in October. This group may also invite external observers to take part to the meetings.

Young people are Africa’s greatest and fastest growing asset and should be playing a leading role in driving forward the continent’s sustainable growth and development agenda. Yet, while the numbers are impressive and Africa’s demographic potential is enormous – Africa’s youth population is expected to double to over 830 million by 2050 – finding jobs for these young people so that they can become productive economic agents and responsible members of society remains a challenge across the continent.

Young people account for 60% of all of Africa’s jobless and even when jobs are available, and despite strides in education over the past decades, youth often do not have the training and skills required by employers. Women are particularly impacted, often facing even greater barriers to accessing opportunities and earning equal pay. This alone represents a loss for African economies estimated at around EUR 16 billion a year.

The EU and European governments have promised to focus on concrete actions to meet the specific needs of young people, such as increasing quality employment and entrepreneurship opportunities, enhancing their skills and access to digital technologies and services, and strengthening their rights and empowerment. But are these policies being implemented and are African governments and the private sector taking on their responsibilities? Further questions to help guide the conversation may include:

Founder and Chairman of the Mo Ibrahim Foundation

President and Chief Executive Officer, The ONE Campaign 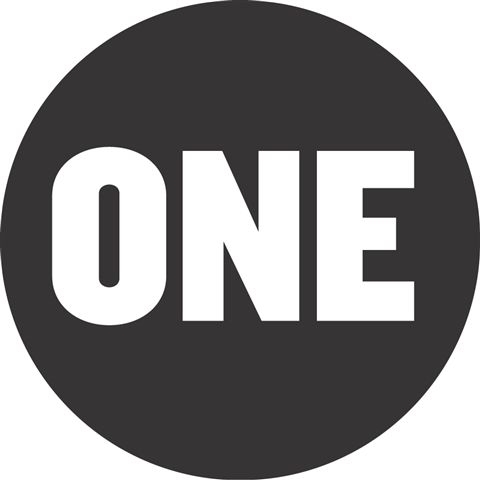